​Confessions of a born-again atheist 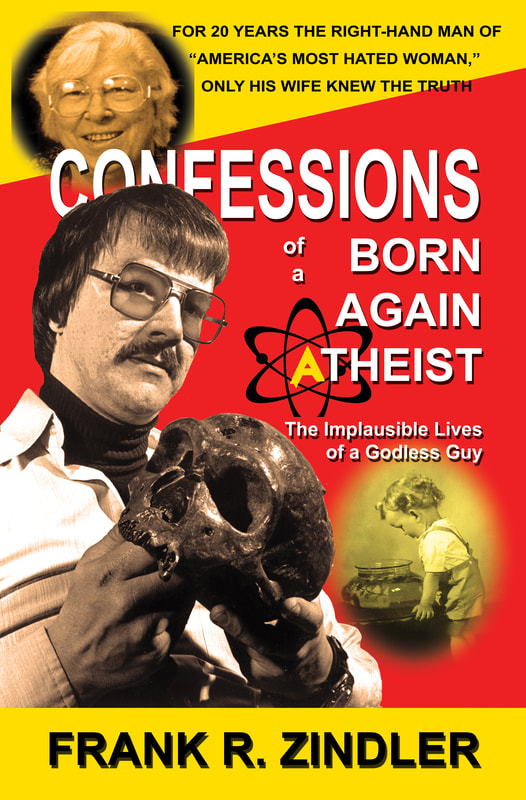 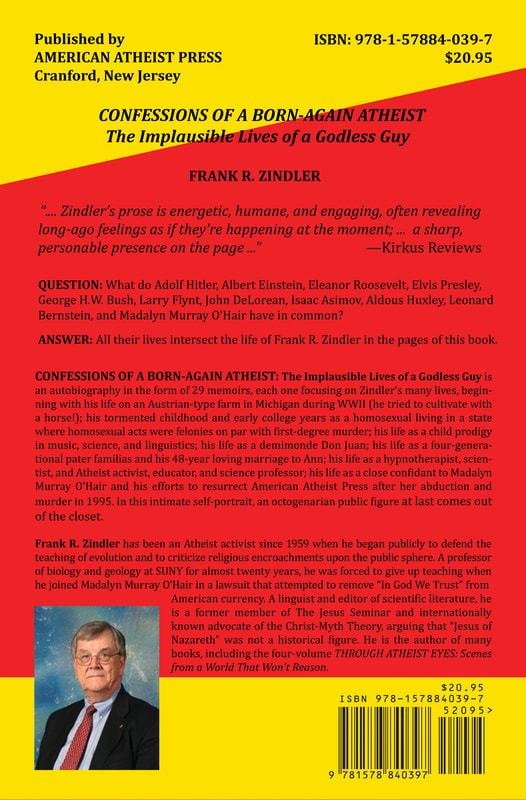 ANSWER: All their lives intersect the life of Frank R Zindler in the pages of this book.

CONFESSIONS OF A BORN-AGAIN ATHEIST: The Implausible Lives of a Godless Guy is an autobiography in the form of 29 memoirs, each one focusing on Zindler's many lives beginning with his life on an Austrian-type farm in Michigan during WWII (he tried to cultivate with a horse!); his tormented childhood and early college years as a homosexual living in a state where homosexual acts were felonies on par with first-degree murder; his life as a child prodigy in music, science, and linguistics; his life as a demimonde Don Juan; his life as a four-generational pater familiar and his 48-year loving marriage to Ann; his life as a close confidant to Madalyn Murray O'Hair and his efforts to resurrect American Atheist Press after her abduction and murder in 1995 In this intimate self-portrait, an octogenarian public figure at last comes out of the closet.

BOOK REVIEW
Zindler (Through Atheist Eyes, 2011, etc.) explores his long life as an atheist activist in this remembrance.

The author, who was born in the late 1930s, has witnessed the great changes in American society over the years. Drawing on his experiences as an evolutionary biologist, a prominent atheist, and a gay man who spent the majority of his life in the closet, he examines the battles that he’s waged to free people from what sees as the oppressive influence of the Bible. “The voices that echo and reverberate inside my head deserve to be allowed to speak one final time before they slip into eternal silence,” he writes in an introduction; to that end, he recounts his “many lives” and the people he met along the way, from his childhood on a farm outside Benton Harbor, Michigan, and his intense teenage religiosity following the sudden death of his father, to his long marriage to his wife, Ann, and his personal development as a strident atheist and out gay man. Additionally, Zindler discusses his friendship with the secular activist Madalyn Murray O’Hair, the founder of the organization American Atheists who, with her son and granddaughter, was abducted and murdered in Texas in 1995; he goes on to claim that the actual motivations for the killings differ from the official account. Throughout his book, Zindler’s prose is energetic, humane, and engaging, often revealing long-ago feelings as if they’re happening at the moment; for example, about the captain of a golf team, he writes, “Shod in golf shoes and wearing white shorts and a white polo shirt, he was Adonis come to earth. My heart was pounding so hard I could feel the pulsations in my neck. He was so close to me!” It’s a rather lengthy book, however, and some parts of the author’s life yield more compelling stories than others; his tales of his activist days, though, are particular standouts. Indeed, Zindler is such a sharp, personable presence on the page that he manages to carry the reader through the less interesting stretches.
​
An often intriguing, if overlong, memoir about a life outside the mainstream.
Dustin Lawson

Reading Frank's memoir was like reading the story of a high IQ Forrest Gump. Frank's extraordinary life has led him to cross paths with some of the 20th century's most notable figures, from Eleanor Roosevelt, to JFK, Elvis Presley, to Larry Flint. Frank has also been at the forefront of the atheist and freedom of religion movement. As the right-hand man to the most hated woman in America, Madelyn Murray O'hare, Frank often found himself debating some of religions most notable figures like William Lane Craig and Ray Comfort, and at odds with the government on controversial topics like the separation of church and state. As a result of being one of the leading figures for the free thought movement, Frank was often a guest on talk shows like Jerry Springer and Sally Jessie Raphael.

Frank is a Renaissance man whose interests are wide spread. Some of those interests are music, the sciences, creative writing, philanthropy and languages. Those eclectic interests have served Frank well, as he has had for over thirty years the unique job of combining his linguistic and scientific gifts to translate foreign patents into English.

Also, this book reveals Frank's pain as a gay man in the closet in the twentieth century and how he kept that secret during a loving marriage of almost 50 years (his wife knew) and finally how, in his 80s, the freedom Frank finally feels now that he has come out.

Frank's life is a complex story of one man, but his story could be viewed in light of the broader story of many of the culture wars of the United States throughout the second half of the twentieth and twenty-first centuries. It seems that Frank's heart is as big as brain, and it is refreshing to read such an honest memoir full of self-deprecation, honest self-assessment, hope, and the triumph of both the mind and the spirit (metaphorical spirit since Frank is an atheist, how about "will").

Images from the Book 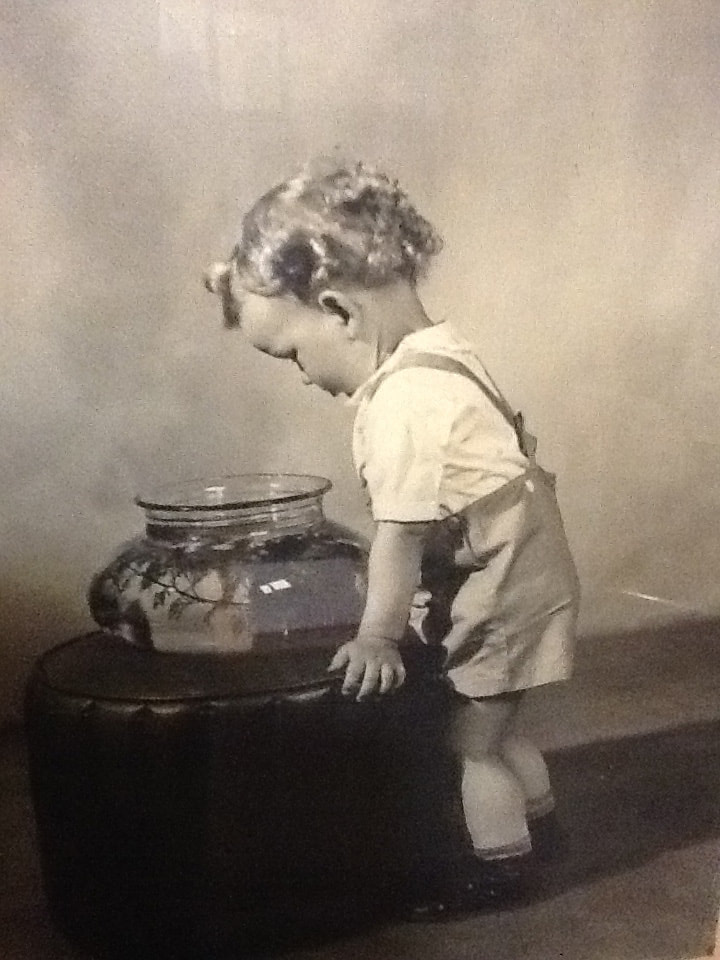 Figure i. Portrait of the ichthyologist as a young man. 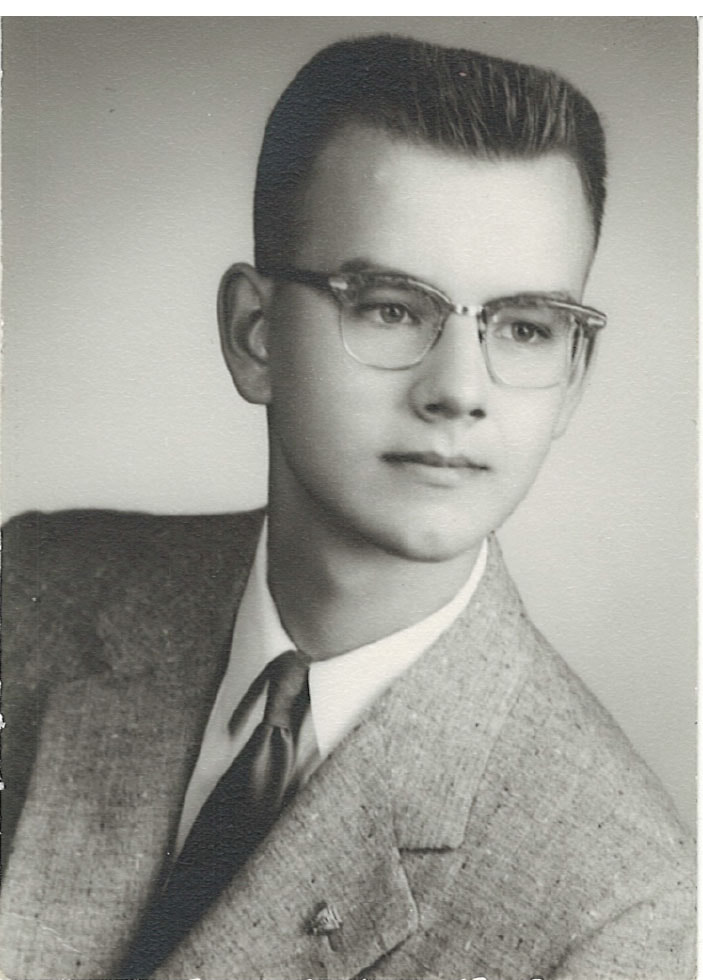 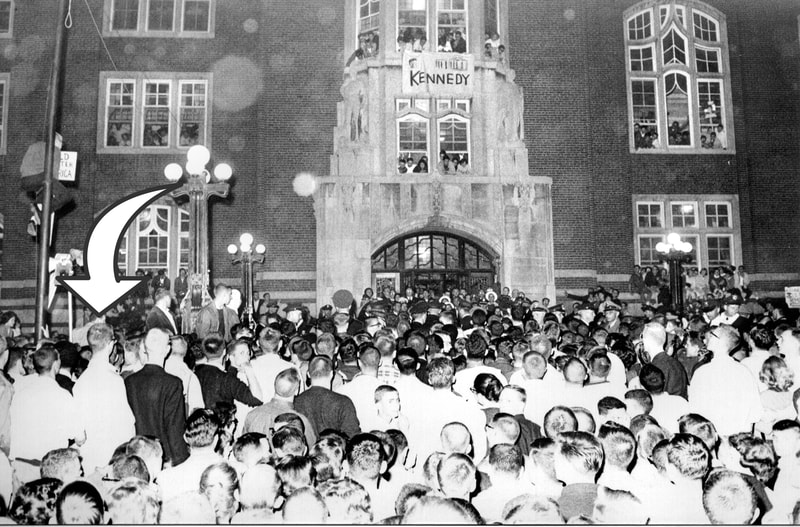 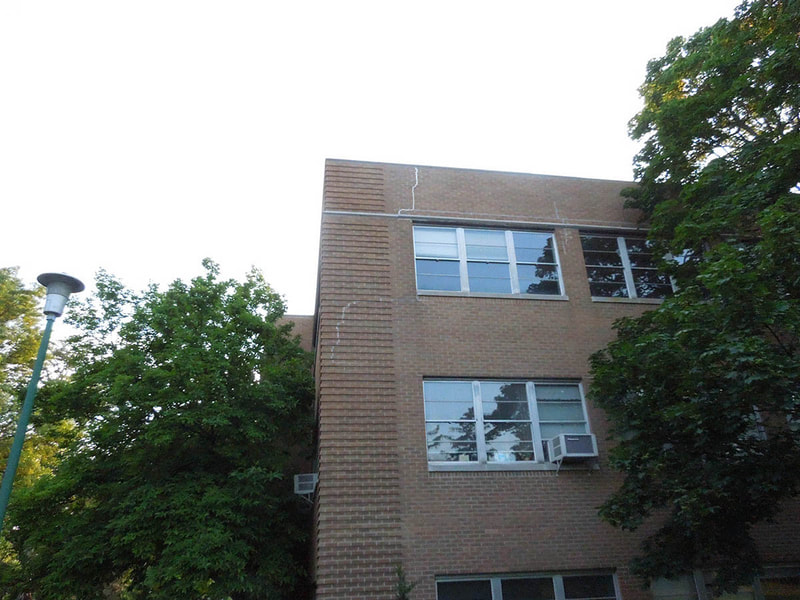 Figure iv. Where Frank called down the lightning. The jagged, white repair line running down the upper left corner of the science building at Andrews University outlines the extent of the masonry blasted away by lightning. 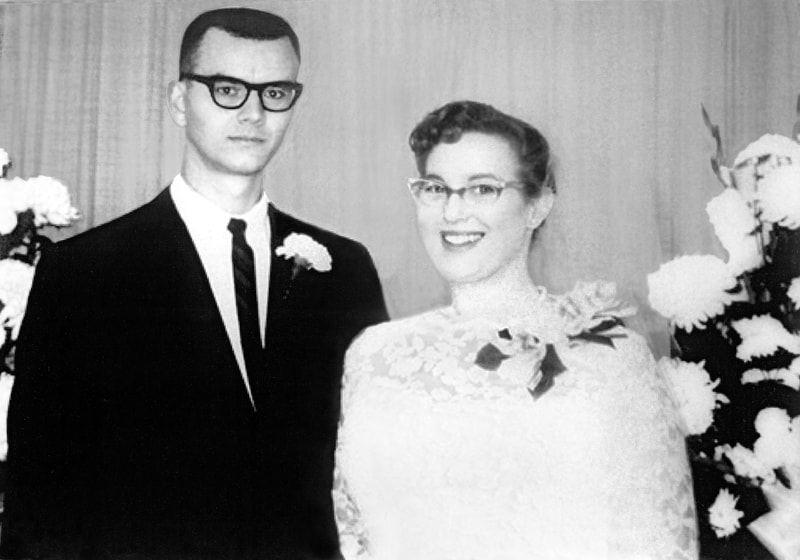 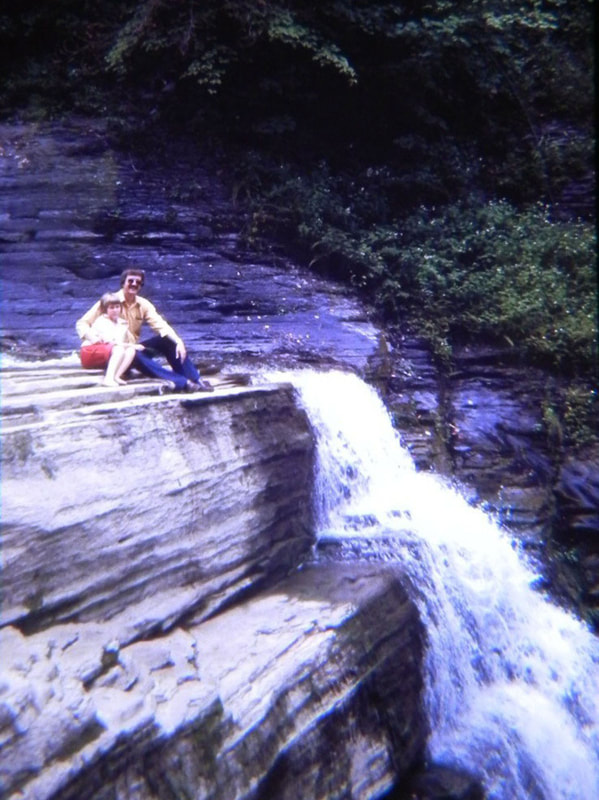 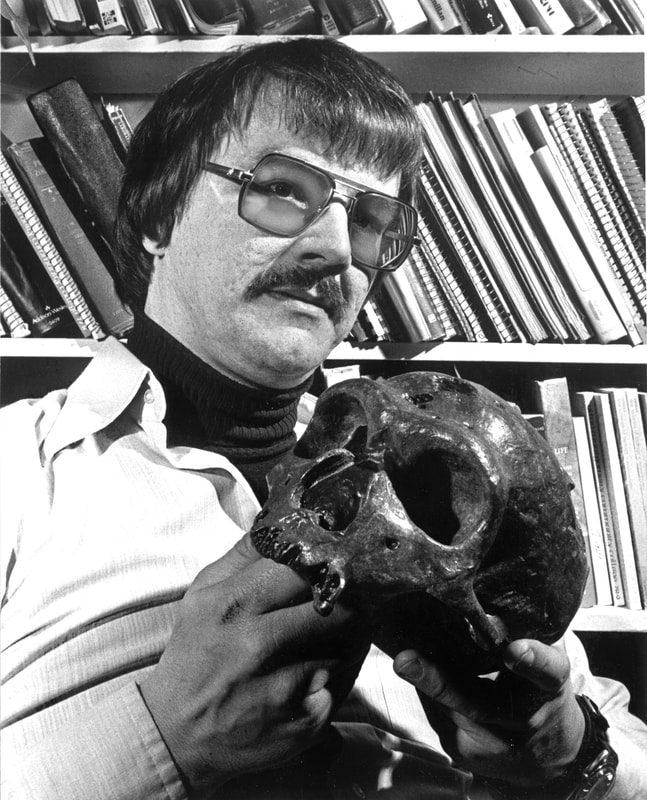 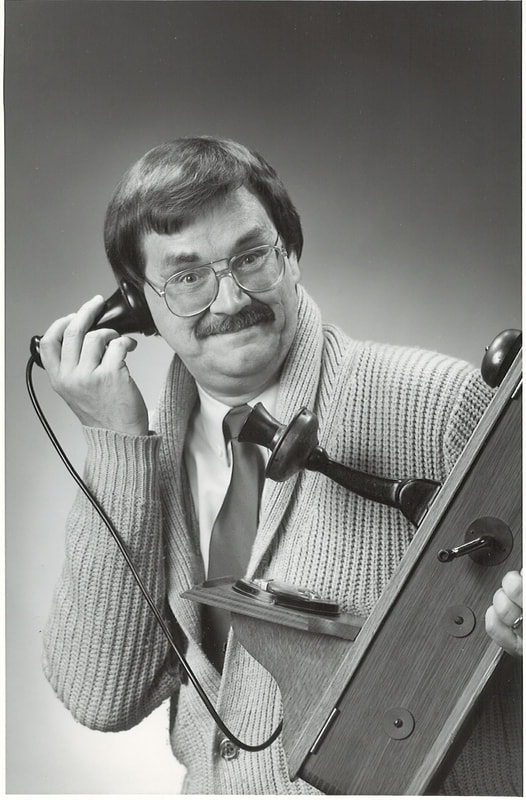 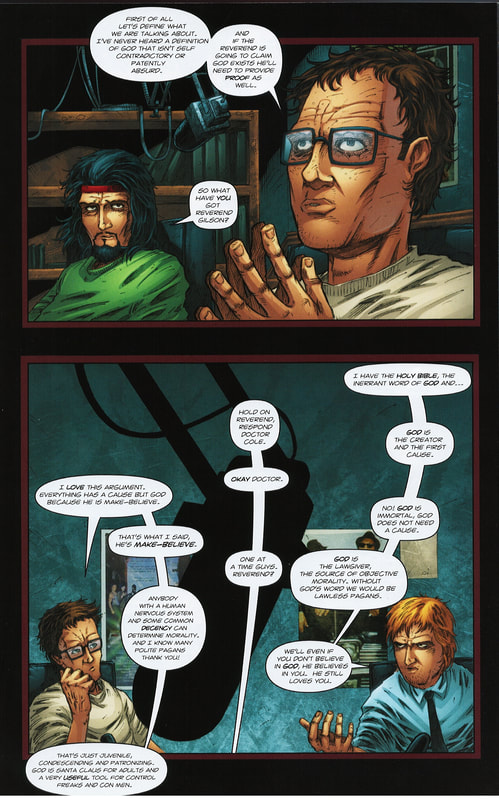 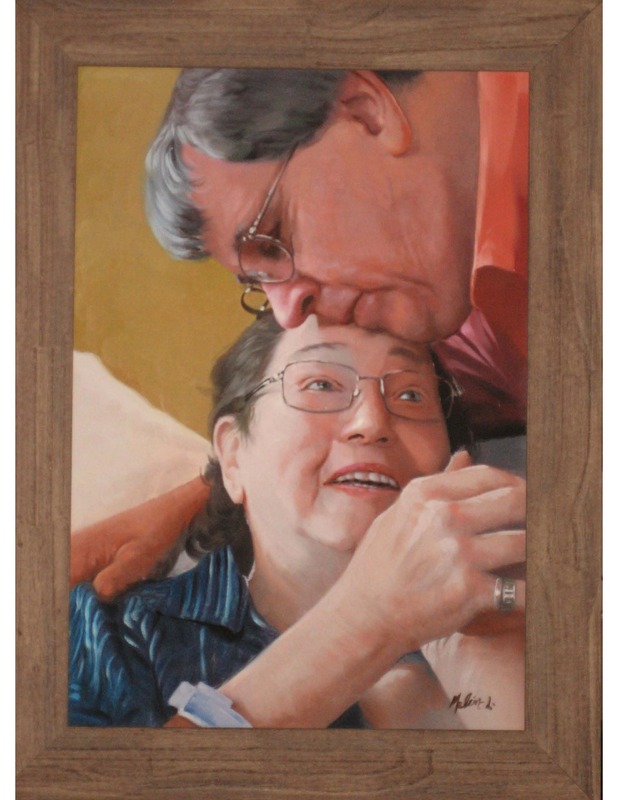 Figure x. Oil painting by Melissa Grey of Ann and Frank just before Hospice at Home 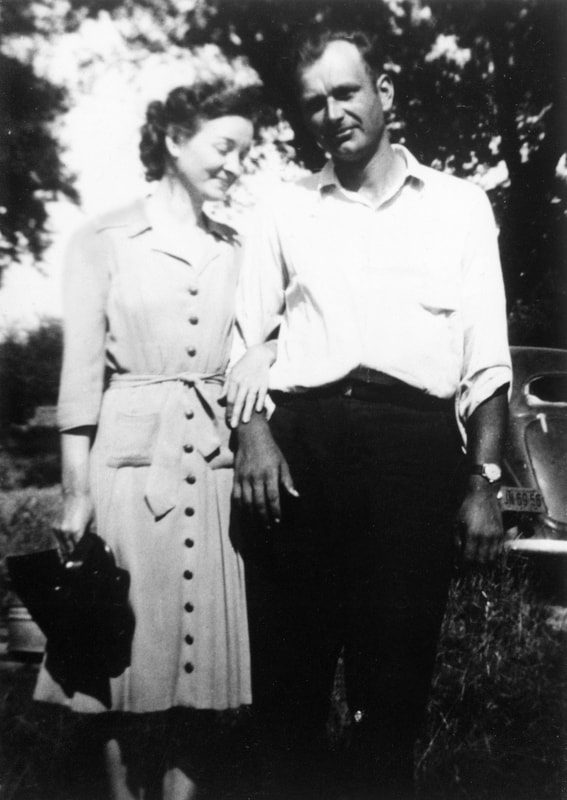 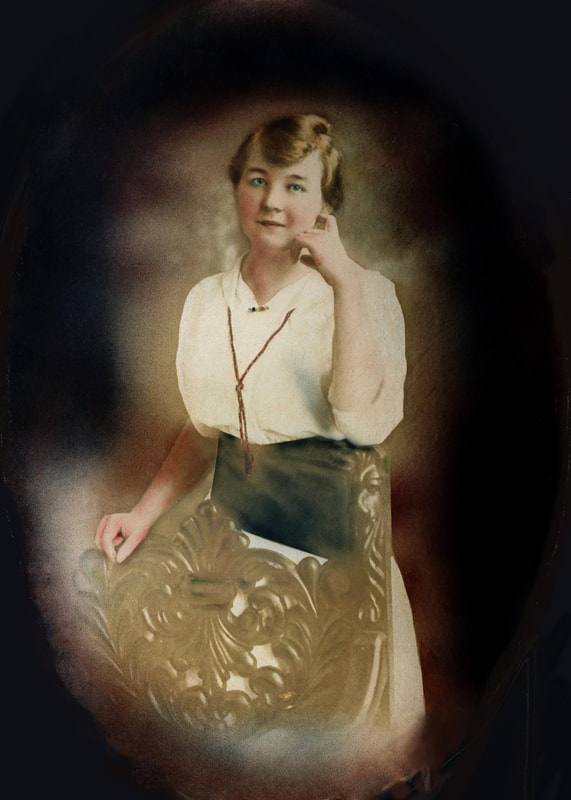 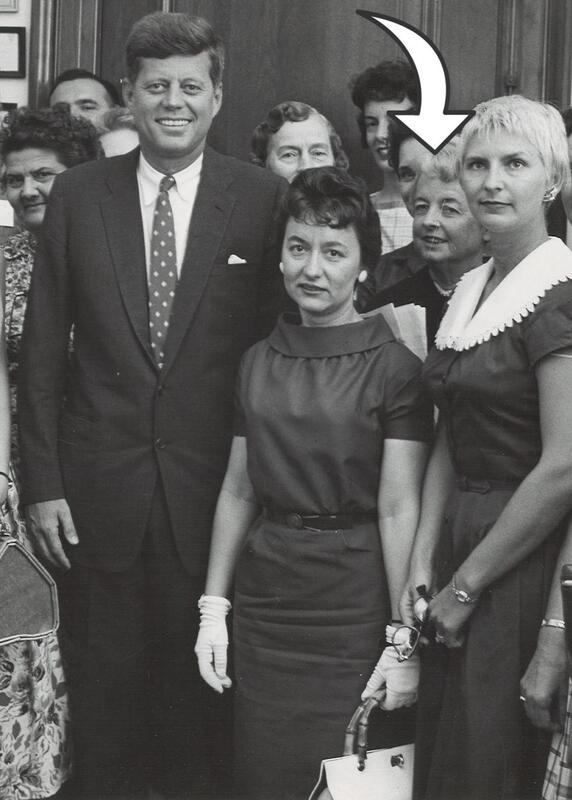 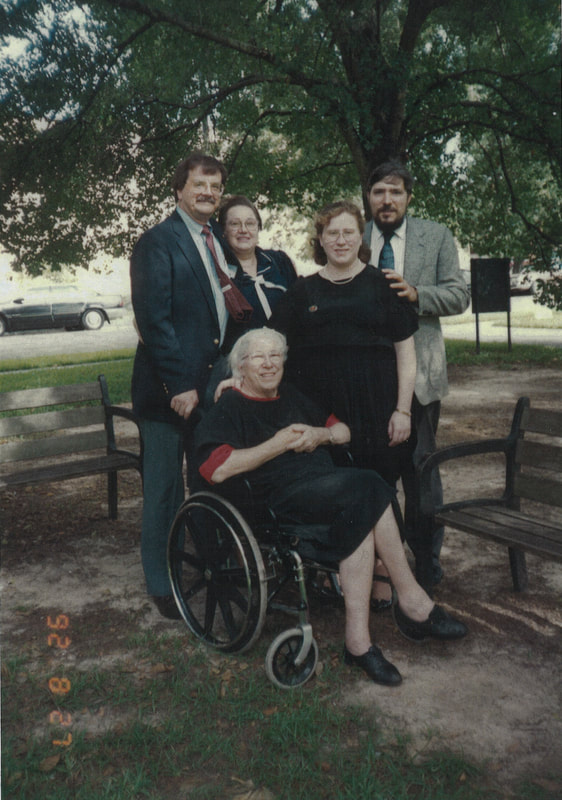 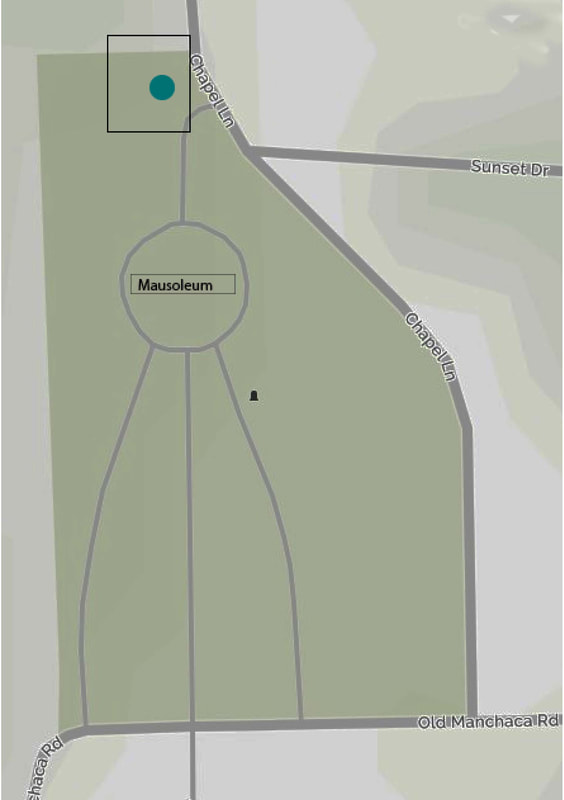 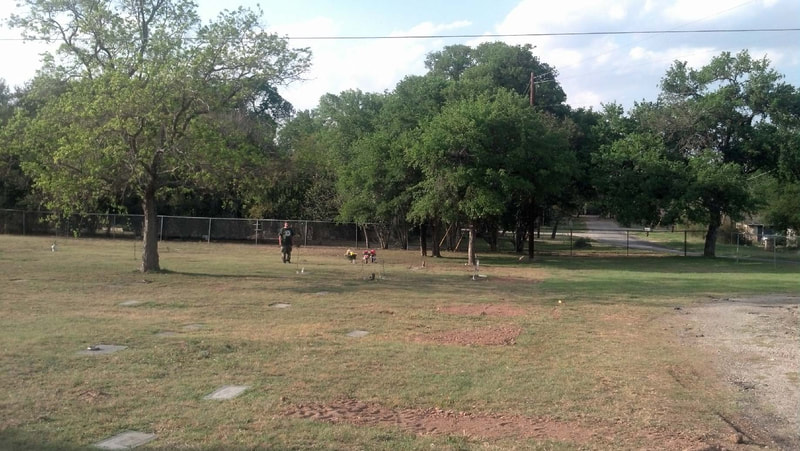 Figure xv. b. Photograph of American Atheists Board of Directors officer Wayne Aiken standing at the edge of he unmarked grave 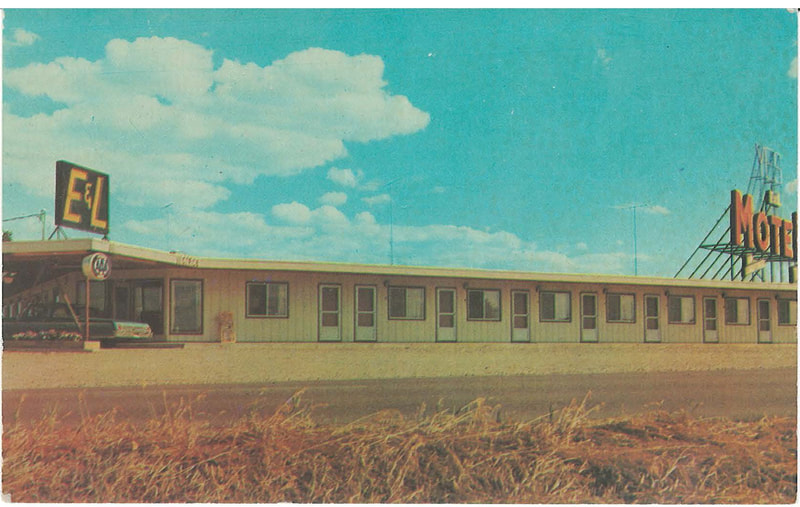 Figure xvi. There was no room in the lovely Potawatomi Inn Pokagon State Park, so we spent our honeymoon in the lovely E&L Motel in Fremont, Indiana.

Figure xvii. A belated fortieth anniversary cruise from Florida to California through the Panama Canal in 2005