CONFESSIONS OF A BORN AGAIN ATHEIST

Bart Ehrman and the Quest of the Historical Jesus of Nazareth: An Evaluation of Ehrman s Did Jesus Exist? 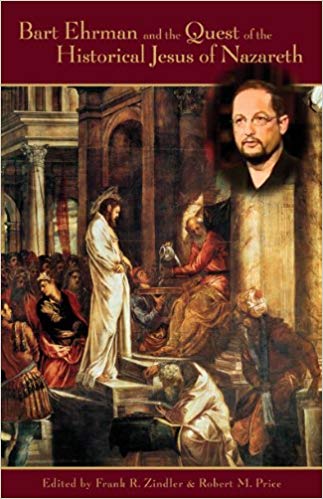 When New Testament scholar Bart Ehrman published DID JESUS EXIST? THE HISTORICAL ARGUMENT FOR JESUS OF NAZARETH, he not only attempted to prove the historical reality of a man called *Jesus of Nazareth*, he sharply criticized scholars who have sought to develop a new paradigm in the study of Christian origins scholars who have claimed that Jesus was a mythical, not historical, figure, and that the traditional, Jesus-centered paradigm for studying the origins of Christianity must be replaced by an actual science of Christian origins. In the present volume, some of those scholars respond to Ehrman s treatment of their research and findings, showing how he has either ignored, misunderstood or misrepresented their arguments. They present evidence that *Jesus of Nazareth* was no more historical than Osiris or Thor. Several contributors question not only the historicity of *Jesus of NAZARETH,* they present evidence that the site of present-day Nazareth was not inhabited at the time Jesus and his family should have been living there.

The Jesus the Jews Never Knew: Sepher Toldoth Yeshu and the Quest of the Historical Jesus in Jewish Sources 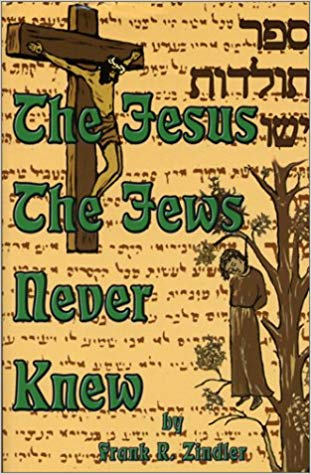 ​
The Jesus the Jews never knew provides a fascinating look into the world in which the gospels were invented. Every literary source ever advanced by serious scholars as being a reference to a historical Jesus is examined and found to be nothing of the sort.

Through Atheist Eyes: Scenes From a World That Won't Reason. Volume I: Religions & Scriptures 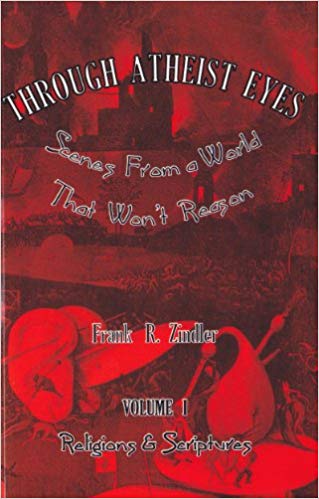 ​Did Jesus & the 12 Disciples actually exist? Are they literary fictions like Jesus? How did Jesus get a biography? Was Nazareth inhabited at the turn of the era? Which is the REAL bible? This collection of 49 of Zindler's articles, speeches, and essays contains critiques of Christianity, Judaism, and Islam, including material relating to the controversial Danish Mohammed cartoons. 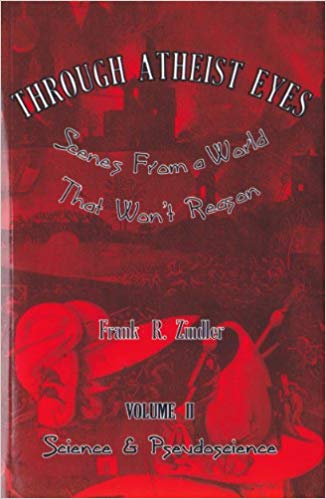 ​What is death, and is it inevitable? How did life begin, and can it be extended indefinitely? Why is cloning a threat to theology? What does it mean to be scientific? Who was Mitochondrial Eve, and how do we know evolution has occurred? What about 'Intelligent Design'? Is creationism a form of treason? How do creationists deceive the public? What's so funny about Noah's Ark? How did the kiwi get to New Zealand? Is there such a thing as life after death, and can the dead communicate with the living? Answers to these questions--often humorous and surprising ones--are given in this second volume of THROUGH ATHEIST EYES.

Through Atheist Eyes: Scenes From a World That Won't Reason. Volume III: Debates 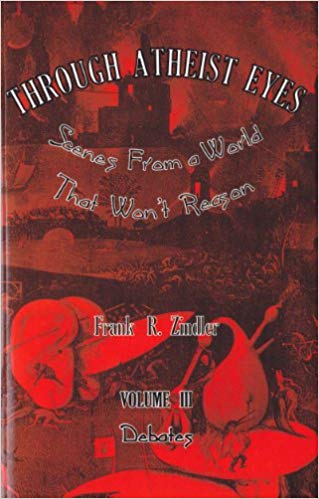 ​This volume contains profusely annotated transcripts of 3 of Zindler's most interesting debates. (1) 'Does God Exist?' with John Koster; (2) 'The Question of Noah's Flood' with John Morris; and (3) 'Is Creationism Science?' with Duane T. Gish. Notes help readers to understand Zindler's strategies and background information and to infer the strategies and purposes of his opponents.

Through Atheist Eyes: Scenes From a World That Won't Reason. Volume IV: Omnium-Gatherum 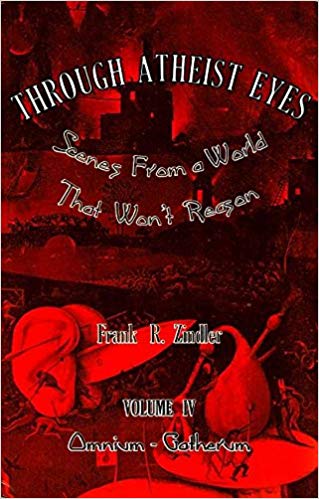 ​What is Atheism, and what are its logical and philosophical foundations? How does it related to Humanism? Is religiosity a mental disorder? Do Atheists have funerals? Was The Amityville Horror really a true story? Who was Madalyn Murray O'Hair? Are we being inundated by a flood of religious disinformation? In addition to answers to these and other questions, readers of this fourth volume of THROUGH ATHEIST EYES will find a lot of humorous material as well--including the often hilarious Fun-With-Dial-an-Atheist pieces that have been recalled from the brink of oblivion and are being presented for one last performance. In addition, readers will find both words and music scores for the outrageous Dial-an-Atheist songs Rutabaga Baby' and Theophagy Tango. To balance all that levity, this volume ends with 'Poems I Have Spared'--a swansong of sorts to prepare readers for the autobiographical Volume V: Atheist At Large. A helpful index is included. Other volumes available are Volume I: Religions & Scriptures; Volume II: Science & Pseudoscience; Volume III: Debates. 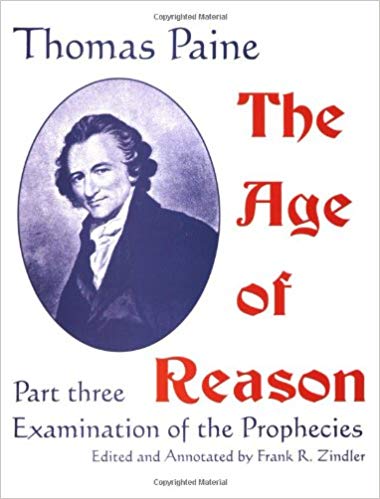 ​Until the publication of this annotated edition, Thomas Paine's third part of "The Age Of Reason" was extremely rare and almost unknown. Titled "Examination of the Prophecies," the book examines all the supposed prophecies of Jesus in the Old Testament alleged by the evangelists of the New Testament. With great wit and penetrating logic, Paine showed that not one of the Old Testament passages cited had anything to do with the Christian's would-be Messiah. Paine appears to have been the first writer in English to suggest that Jesus was not an historical figure. Frank R. Zindler's marginal notes and commentary examine the Greek and Hebrew texts of the verses being discussed. They show that Paine, who knew no ancient languages and knew of none of the important biblical manuscripts that would be discovered after his death, was astonishingly correct in his critique.

The Legend of Saint Peter 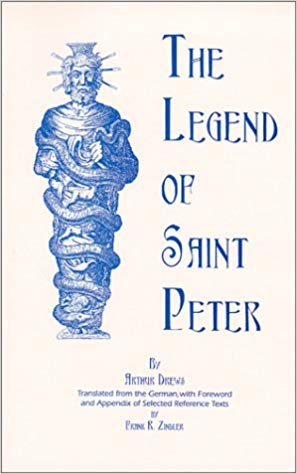 ​THE LEGEND OF SAINT PETER contains a foreword by the translator, Frank R. Zindler; a foreword by the author, Arthur Drews; and 5 chapters: Peter in the New Testament, The mythical background of the Peter figure, Peter and Mithra, Peter in Rome, and Peter, Prince of Apostles. "The Peter of the Acts and of the later literature is a legendary person; of this there can be no doubt. His portrait is so shot-through with mythical features that it is quite impossible now to isolate any 'historical kernel' from the surviving reports."
An appendix by Frank R. Zindler contains English translations of all biblical passages cited, as well as English versions of all citations from church fathers and classical Greco-Roman authors.